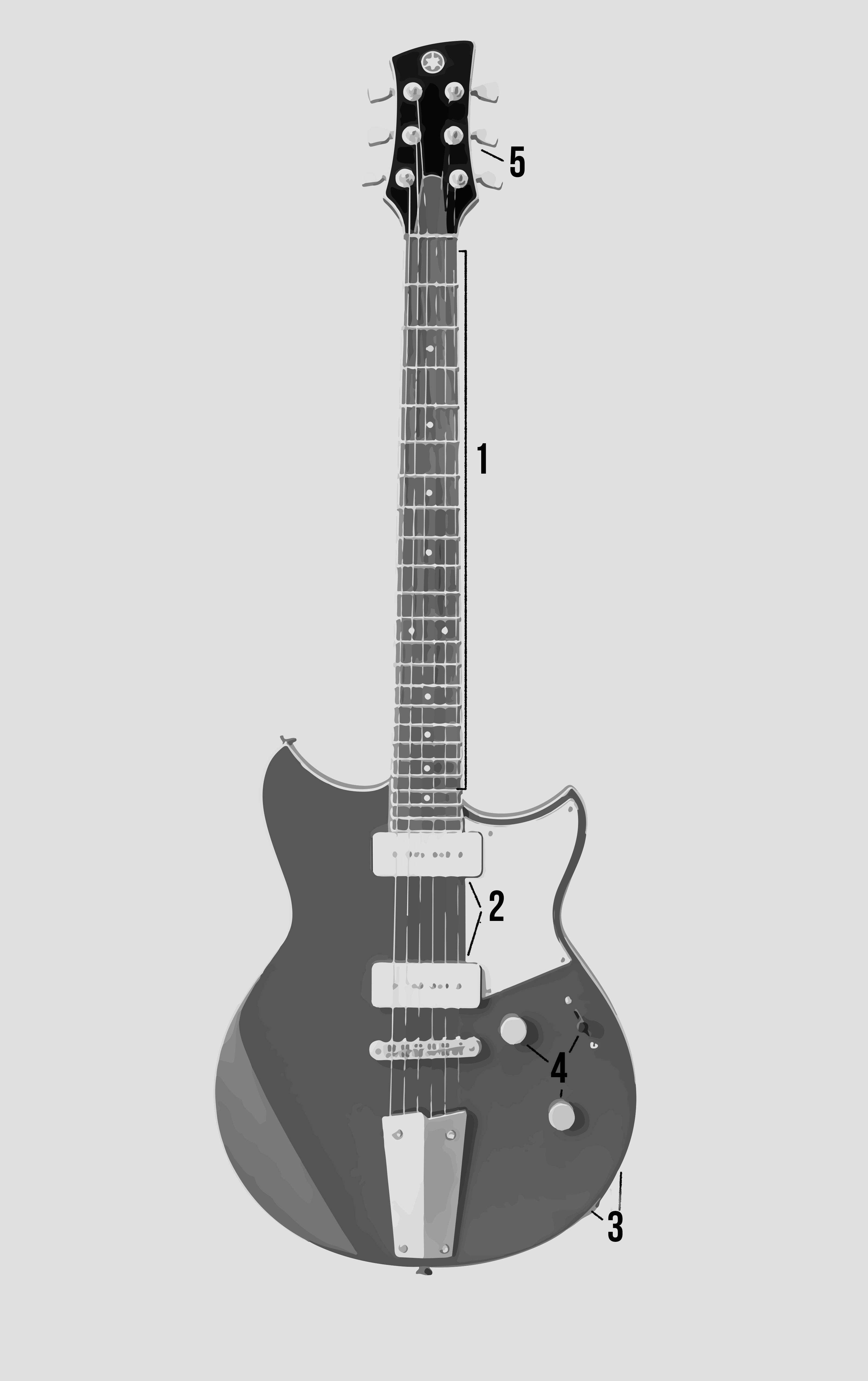 The REVI Guitar features a state of the art fretboard infused with smart technology. The fretboard is touch sensitve (and can track where on the fretboard your fingers are and the frets that the strings are touching). This technology, in addition to other inputs recorded by the guitar, are used to accurately interpret what and how you're playing. Using a number of apps and computer softwares, a user can see exactly what they're playing on screen and for recording purposes. The MIDI functionality is completely accurate and latency free, allowing a player to edit the playing and sound of a recording completely.

REVI utilizes both traditional pick up technology (for playing with traditional gear), and advanced pick up technology that tracks the sound output of each individual string. Combining this information with the fretboard technology, REVI can make tracking your playing extremely accurate. Whether you're bending, muting, tapping or playing harmonics, REVI can track all of it with pinpoint accuracy. If you're learning guitar, it can even tell if you're accidentally muting strings, strumming too hard, or off beat.

There are various different outputs on the REVI guitar. There is the traditional guitar jack meant to connect to amps and pedals so that musicians can play with the REVI guitar in the traditional way. However, REVI guitars include both MIDI IN and OUT jacks as well as a USB-C port to connect to your devices and play without latency. For musicians who just want to practice with the least amount of set up as possible, REVI guitars are bluetooth enabled, meaning that you can connect the guitar to your computer or phone wirelessly.

The REVI Guitar features tradtional knobs and pick up switches that control the tone and volume of the guitar for traditional performances. When connecting to devices, the volume knob controls the velocity-sensitivity of the strings, and the tone knob can be assigned as a mod wheel. These controls give players extremely expressive options when performing traditionally, and when playing on a DAW. The mod wheel function in particular, can add a lot of variety to the perfomances made on the REVI Guitar.

The head of the REVI Guitar features traditional tuning pegs as well as a small display that tells you what notes are being played on what strings (and the name of the chord you're playing). It's an extremely useful tool to keep up with other artists and to make sure you're playing in the right key when you want to improvise riskily. The display will also let you know if the guitar is correctly tuned with precise accuracy. No need to pull out a phone or guitar tuner everytime you're suspicious.